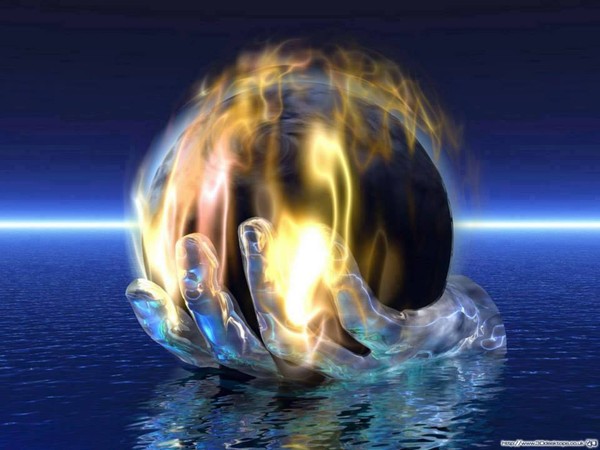 “Are you tired? Worn out? Burned out…?

Come to me. Get away with me and you’ll recover your life.

I’ll show you how to take a real rest.

Walk with me and work with me—watch how I do it.

Learn the unforced rhythms of grace.

I won’t lay anything heavy or ill fitting on you.

Keep Company with me and you’ll learn to live freely and lightly.”

The poison chalice weighed equally with the sweetness of my unconditional love for the Reverend. His two identities were becoming equal to each other. They had never been so balanced as they were by now.

Consequently – I adapted to the Reverend’s duplicity in the same way our eyes adjust to darkness from light.

In my subconscious mind I provided the Grey One with an ally, he needed a wife with a framework that would defend him and manage his addictions.

He was unable to watch as I agonised, I was alone in my sorrow.

I was still his secret keeper. I had no one to talk to except the Reverend who was still under the control of the Grey One and so was I.

What will he have left when he runs out of health, money and time?

We are still four years from national exposure! Life was busy.

I was enjoying my career, learning well, equipping myself in the area of Youth and Children’s development. I was becoming more competent and qualified in contributing my professional expertise in meetings with other professionals and agencies supporting children and young people.

I was confident and fulfilled in my career. Family life was wonderful with grandchildren coming along. Life was full with lots to celebrate. I had many friends as well as a big family to enjoy life with.

The view from the bridge was magnificent.

Sadly, the highs and dreaded lows between Reverend Grey continued.

Suspicions stacked up as they grew more discernible, but without evidence or proof to confront them.

I knew the truth wouldn’t be volunteered from the mouth of the Reverend. I signed up to one of the websites, not with the same intentions of the Grey One, I wanted to see if I could find him.

It didn’t take long to come across his profile. He worked more than one site with varying names.

As ridiculous as it was i began annonomously messaging my husband on an Internet dating site, I got obsessed with watching how far he would go that I kept it going for many weeks.

I had nothing to gain from this bazaar exercise but more distress as I was witnessing in the first person, that my husband was having an on line affair with me without him knowing it was me.

He said I sounded really lovely and he liked me a lot! Of course he did, I was the one he had fallen in love with thirty years before. Why would he not want to fall for me again?

He pursued me for weeks to meet him, but I couldn’t play him as far as that. I cannot imagine what it would have looked like for him to arrive and find it was me waiting for him.

The common thread that ran through all the messages, profiles and status updates of Reverend Grey, that i read, were all about him pleasing others, what he could do for them.

They were never about what he wanted them to do for him, or to him or what he needed from them.

The emphasis and priority was always that he desired to give pleasure not demand it.

I feel so sad that my husband has spent his life attempting to please his way into the arms of the invisible one’s who had to let him slip from theirs.

There were occasions in the Reverends work life, he had the priveledge of spending time with high-ranking Police officers in the county we lived in.

A date was set for an upcoming meeting with the officers.

I was free the day of this meeting, which was set in lovely picturesque surroundings near where we lived.

Those well familiar alarm bells of suspicion were ringing loudly in my head for some reason. Something was amis.

I had some work to do on an assignment so I suggested going with him to work in the car while he was in the meeting then we could go and have lunch together.

Woe!! Suddenly the Reverend became the very aggravated and angry Grey One, who resented me spying on him and not believing that he was genuinely going to a meeting!

Well there was no holding back now. I was going and unless he had good reason, he was not going to stop me, hostile or not! I ignored his malice and kept my cool.

Had he been telling the truth, he wouldn’t have got so angry. He never minded that I would travel with him when everything was truthful and genuine. In fact he appreciated my company.

I knew my intuition was telling me to go with him and was quite amused by the whole event. Surprisingly I was able to smile at times when I witnessed the stupidity and foolishness of the Grey One’s plans, I could see straight through him.

He would deny how clearly I could read him. The Grey One completely disregards female intuition when it’s his behaviour setting off the signals that something wasn’t adding up in my senses.

Female intuition is a strong and mysterious quality, not to be relied upon without actual evidence, but will serve as a prompt that there is something that exists undercover needing to be uncovered.

Two years forward, it was spring 2014; we were on our way home from a five day retreat. I hadn’t checked any messages all day, so on the way home and not much else to do, I downloaded emails.

I saw very quickly an email that caused my heart to miss a beat. From a Colin Churchgoer. I can use that name as no such person exists! His name is not my fabrication to protect an identity, but their own fabricated name to protect them self.

The email subject read: You are a lovely lady, you deserve better.

The short message stated words to the effect. If the Reverend didn’t resign from his position he would send pictures and profiles that he had taken from one of the websites the Grey One used and send them to the papers. Also attached were the photos and the profile status the messenger threatened to disclose.

I replied, telling him how I felt when I received his email. That it carried the impact it  intended. As he was not divulging his true identity, I preferred not to enter into any more dialogue other than this reply.

I continued to say that if he was certain he was correct in his findings, to follow the biblical pattern to deal with it, as directed in Matthew 18:15-17. This way would protect our children from unnecessary humiliation.

My children and I would appreciate this.

I heard from him once more then the email account was closed. I have more to say to, and about the infamous Colin Churchgoer in my book. Even though his true identity still remains a mystery i believe he will stand accountable one day for his or her unethical and two faced actions against my husband and our family.

I would spend hours mulling things over and over in my head, what to say to the Reverend, following an exposure of the Grey One’s betrayals.

Sometimes I even believed I made things worse and would find myself apologising for doing so. How wickedly misguided and twisted had my mind become.

The cast iron ball of sorrow that weighed heavily in my stomach and longed to be satisfied with love and comfort from the Reverend grew heavier. I began to use alcohol to take the ‘edge off reality’ for the night, evenings were the most difficult. Daytime was fine as I had lots going on to distract my focus.

There were good days. I would feel some hope when he said we would survive this. I needed to hear him say it because alone I always felt I had no hope, so any hope he gave me I would hold on to it.

Underlying anxiety increased. Only the Reverend, I thought, could change that. Sadly he was not the one that turned it all around. We were forced into change by circumstances outside of the Grey One’s and the Reverend’s control.

Our Heavenly Father proved to be my rescuer from our sinking ship.