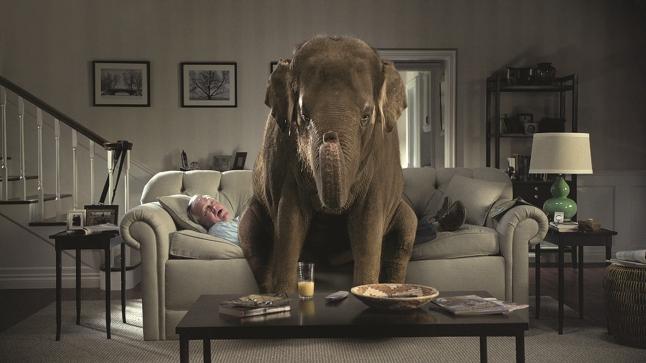 Let us not be guilty of turning a blind eye,

In denial of how deadly the plague really was.

When it has completely destroyed us!

Generally there would be many clues flagged up in an individual’s character, along with distinct outward signs that a marriage was in difficulty to alert concerns.

Not so with the Reverend, or with our marriage. There were no obvious grounds to justify direct or specific questioning around his private life.

Whenever the subject of pornography came up with friends and colleagues, he would often be the first in with a joke, then the subject didn’t get personal.

The Reverends performance, socially and professionally within his function was never in question.

No one should want to keep this information quiet. Everyone should want his or her radar tuned to indicate the pollution of a secret pornography and or sex addition, hidden behind passwords on obscure computer or devise screens.

Significant traits will be similar in those who struggle with a secret addiction, obsession or compulsion.

Beware though – The traits need to be recognised as long-term habits alongside others and appear to operate in corresponding situations rather than occasional or one off circumstances.

There may be a completely legitimate issue temporarily causing this behaviour, and allowances need to be made for such. More than two or three of the characteristics need to be regular practice, before any concern should be raised, as singularly they will be familiar to many of us.

In a relationship such as marriage or parent to child or even child to parent, no one should mind when sensitive questions are asked of him or her, when or if a problem is suspected.

Initial responses can be enlightening, though nothing is conclusive without actual evidence. If questions ruffle, or uncharacteristic anger presents itself, avoidance of answering the questions by asking questions back in response. Body language may be uncomfortable or defensive, there may be a cause for concern if these are evident.

Secret addictions are very easy to conceal, especially around Internet pornography, sadly by the time the signs begin to show, the problem is far from the early stages.

I would encourage all parents, husbands, wives, girlfriends, boyfriends and even friends to look out for one another’s Internet health care. Mental health is often a key factor in a dependency that leads to an addiction.

As I am not a health care professional I can only relate my experience. Because of my long-term personal experience, it has become instinctive in me to spot certain patterns of behaviour.

I have very strong reference points that I know I can rely on to recognise a problem of sorts exists.

They won’t signal what area the problem is in, how serious it is or how deeply it has affected an individual. Sensitivity is vital, not jumping to conclusions is essential, but it is equally important to raise it and not ignore it. And definitely do not conceal evidence that is uncovered.

Secret addictions are very easy to conceal, especially in the area of Internet pornography. Sadly by the time the signs begin to show, the problem is far from the early stages.

I have to be aware that I’m not being obsessive or compulsive or over sensitive to many familiar triggers. Realising that my default is set to high alert.

You won’t be popular for exposing an addiction, compulsion or fascination to or with someone or something when it is first discovered. But keeping it in the dark, feeds it, feeding it makes it stronger. The more it is exposed to the light through conversation and careful interest, the weaker it will become.

My experience is only in the area of Internet pornography that led to affairs.

There are the obvious signs that most of us are aware of, these have all been my observations for many years. Smart phones raised the bar to crazy levels of obsessive behaviours in my experience.

Mobile phones being constantly on silent and always in the pocket. Even taking it to the bathroom, which is normal for young people these days, but not for a married family man in his middle age. Personal grooming goes up a level in consistency and takes on a cleaner shaven aspect in every way and everywhere on the body.

Computer or devise screens are positioned so they cannot be viewed easily, allowing time to change their activity to emails or a work document when someone passes by.

Internet history is regularly deleted. Passwords and pass codes are withheld and access to all messaging apps are password protected. There would be a long list of the same mobile number bunched together to signal a messaging conversation on paper phone bills.

Compartmentalising is very common in men, not so much in women.

The Reverend was a serious case of compartmentalism. The difference in him was that the compartment where his secrets existed was totally detached from all the other compartments. They should all overlap and relate in some way to each other.

This off the radar part that kept all his secret affairs and pornographic addictions really didn’t exist in his real lifestyle, it wasn’t reality. This we realised through counselling was a symptom of the dissociative disorder enabling him to believe the compartment didn’t exist when he wasn’t pursuing it.

A very clear trait to look for, in someone who is hiding a shameful secret affair or addiction, particularly in strong, influential, charismatic characters. One of who my husband is.

The secret addiction, or affair, will perpetually use these tactics, which are acceptable attributes recognised in influential personalities. Their subtlety is almost perfectly disguised as a positive form of creative people management.

The Reverend would seize the spotlight in a crowd when uncomfortable subjects were raised, to then equally deter the spotlight. He would do this without even realising.

Covering up our eyes so that we cannot see this grisly bear of a problem does not let us off the hook because somehow we have convinced ourselves that if we don’t see it, therefore it doesn’t exist.