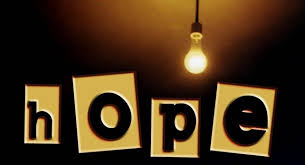 Where the smile of flamboyant scenery,

And the embrace of elaborate panoramic landscapes arouses expectations.

The many expressions of distant audacious horizons

That thrills all senses with consuming hope and courage…

…Captivates us from the Bridge.

Buried in the deepest oceans, or through mountainous terrains.

Daylight is out there but it’s dark, not alone, but it’s lonely.

connected but cut off, sight, but cannot see.

Freedom from the brick wall around is available, but its inaccessibility…

…Overwhelms us from the Tunnel.

For most of the time I chose to walk the bridge. The least attention I gave the tunnel, where all the Grey One’s disorders were, the better it was for both of us. Suspicion was my tunnel, constantly pulling me down with its weight on my mental and emotional strength. Therefore there were times it demanded far more from me than I wanted to give it.

I made an intentional decision as far as I was emotionally able, to position myself and enjoy each day on the bridge. There the scenery is good and full, it’s high, long and wide, bursting with expectation. My big wonderful family and many precious friends and a career I loved were on the bridge.

It was on this preferred road that I was able to strengthen my resilience. To be real I crumbled many times in private. When there was no option other than to take time in the tunnel of despair. When suspicions where high, followed by exposures, confrontations and the temporary bodged repair after every one of the Grey One’s addictive exposures.

For the most time I was able to stay on the security of the bridge of hope.

I had to find a way to survive the torment without losing a grip on my mind.

I learned to focus on what was positive and good, I was determined to not lose myself in the pain.

Attitude and gratitude were my survival kit. I refused to allow the Grey One to steal my smile, or trade my thankfulness for bitterness.

I have lived a blessed, full and mainly a happy life, with lots of laughs and good memories.

I have had a few bad days, but not a bad life, some broken dreams, but there are more dreams. I am suffering relationship breakdown, but I have many good healthy relationships with more good ones ahead!

This doesn’t make me much different to most other people.

I can honestly say I do not regret marrying the Reverend, I would marry him again, but not the Grey One; he would be evicted with immediate effect, if I had my time over again.

The secrets that began to unfold over the next few years were far more serious.

There was evidence of parties and clubs, still much worse was yet to come. I began to find emails and text messages of meeting arrangements. If they were in the past there was nothing I could do, but if they were in the future I would do my utmost to make sure they didn’t happen.

The Grey One despised the light, he detested meeting the lovely other one of himself, if their worlds collided, it made him very uncomfortable and angry, because they exist in conflict with each other.

They are incompatible; it would be impossible to coexist in agreement.

They are at war and the Reverend is weak against the scheming Grey One.

I was the only one who could force them to face each other, it wasn’t pretty. No one else knew there was two of him, two completely different and opposing identities in one person, in my husband.

I challenged the Reverend on every opportunity. I had never let anything go without confrontation, and it made us both weary.

We are now in the area where he met the women he is involved with. He risked everything for her, always believing he would get away with having his cake and eating it. Continuing to believe I would never expose him, but how much more did he ever consider I could take.

On more than one occasion he arrived home after three am. I was at a loss of the energy to survive.

I knew he had been with her, without even knowing she existed at the time, because his reason for being so late didn’t make any sense.

It was a Saturday evening I saw an email on his computer, I find it unfathomable that he could engage with extra marital sexual connections on his phone or laptop at the same time as preparing to preach the gospel to a congregation the following morning!

I figure it was just another aspect of his addiction and dissociative disorder that it became central to his character after many years of practice.

He was by then numb to the impact on his conscience.

This discovery started a volatile row between us, the anger in me raged.

I threw whatever I could grab to throw at him and they weren’t clothes off the banister this time and we have never laughed about this. It was a very dark and sinister war between us.

Not while I was out this time, but still without warning, I watched him pack his car with some clothes and toiletries to leave me again. He was going to email a colleague to ask him to cover him the next day. This provoked the expected response, he knew I would not want him to leave, I begged, yes, can you believe it I begged him not to leave me, as this was still my greater fear.

Far greater was my fear of being alone than the primary cause of all my fears.

He really could not manage his two identities when they clashed with each other. When I exposed the Grey One to the light of day the Reverend was unable to master him.

I couldn’t master him either, but I could manage him. I had learned through past experiences that my anger and emotional stress made it impossible for the Reverend to manage his duel identities when I had proof of the Grey One’s existence.

I knew what to do. I was able to steer the atmosphere, to enable the Grey One to escape back into the shade.

As well as the Reverend, I too needed him back the basement, in this moment.