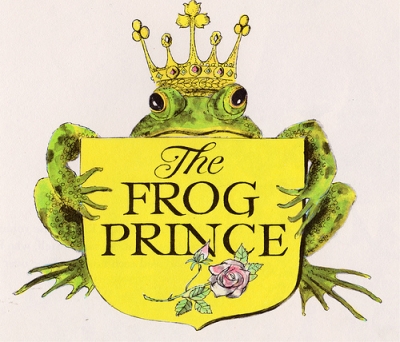 It occurred, and cannot be altered.

Though it should be left in the past, make your peace with it.

Reconcile with those who hurt you, as well as those you hurt.

Otherwise it will destroy your future.

I wasn’t interested in my own career path, I was delighted to support my husbands calling, we were in it together, a team, I was more than happy and satisfied to fulfil a voluntary role,

I loved what we did. We simply loved people, flaws and all.

I expected no less than retiring together following a long and successful career.

It was a greater value to be fulfilled than to earn extra money.

I have had part time jobs in the past for extra funds for holidays and Christmas, but then I was not aware that the Grey One might use the time I was out at work on occasions for his addictions.

By now I knew it was possible. I could discern that to be a reality one day. If it hadn’t happened already, it was only a matter of time. And I could not bear the thought of managing suspicion at that level.

Both times He left me, it was while I was at work, so my mind was shaped to believe he would do it again following an argument or prolonged conflict between us. I understood what was expected from the Grey One, in the portrayal of my role in the drama called our marriage. I was still likely to veer out of character when provoked beyond my ability to remain true to cast.

Most of the time I played the party line of challenging the Grey One, talking it through, there would be an apology if I remained calm. Subject closed. Move on, until the next upset.

Subtly and slowly I was accepting my husbands deep flaws with composure, but not tolerance, towards the Grey One.

Occasionally I would search the car, just to see what I could find. These searches whether it was the car, or his pockets or his computer, were because I would intuitively suspect when the Grey One had escaped the control of the Reverend.

I would long to not find any evidence to confirm my suspicion. I always did.

Nothing shocked me anymore, little did I know that the Grey One had not reached his limits. There were far more harrowing episodes to come.

I can recognise him in an instant, when things appear grey that is where he pervades, in the grey area, where things are not clear or not quite making sense. The non-committal middle ground between reason and irrational is where the Grey One’s influence is at it’s most persuasive.

I believed I had rescued the Reverend from the latest intentions of the Grey One.

There were two specific dreams I remember and one interesting occurrence, all within the same few months.

I dreamt we were at a wedding, a significant family wedding.

When the photographs were developed, the Reverend and I were completely naked… On the front row, surrounded by family and friends. You may laugh… We did!

It wasn’t wasted on me. I knew exactly what the dream interpretation was. I didn’t need to mention it to anyone else.

Nakedness equals nothing hidden, no secrets, nothing covered up and all the flaws are revealed. The photograph of someone or something in print is called an exposure. In the process of development, a film is exposed to light. An exposure is the disclosure of something that cannot be seen prior to exposure. Or the intensity of light on a film. Also being ‘abandoned’ without covering means being exposed and vulnerable.

Then the Reverend dreamt that he was in our bathroom attempting to clean up the filthy stinking waste that was overflowing from the toilet. The more he tried to clean it away the worse the mess overflowed, he was on his knees in his own excretion, desperate that no one would see the mess he was in. I am sure I don’t need to share the interpretation here. It was obvious.

Oh how we were warned!

Then a few months later, in real life this time, not a dream. I saw a frog on my front door step at three different times. I was leaving the house to go out and there it would be, on my doorstep. I mentioned it to a friend humerously, as it was so very unusual for this to happen three times in the same place, within a few days.

Earlier I wrote that I felt like the Princess got her Prince. A heavenly kiss, is what it will take to get him back…?