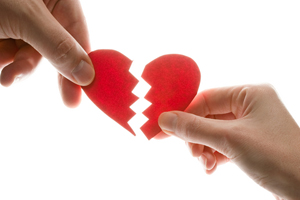 You only have one life, make it matter! Don’t spend it waiting for the perfect  moment, instead, embrace the moment that is now,  And make it as perfect as you can.

Following the discovery of the most hideous and outrageous revelation, my fractured heart broke when I had no alternative but to separate from my darling husband of more than thirty years. He is involved with one of the women he met on the Internet several years ago. She serves the drug to enhance a deviant appetite. Their shared discreet involvements brought them together to eventually engage in casual behaviours with no strings attached.

But of course ‘No Strings’ can ever be guaranteed!

I was not equal to my rival, the Internet, or the woman my husband is involved with. It was not a fifty-fifty pursuit for his affections. I fought my hardest to win him back from the clutch of secret pornography and adultery. No human force was strong enough to overpower the pillager who seized my husbands’ soul, in her war against my marriage. One day, long ago he took a fatal step into his secret world, and he was captured.

The cloak and dagger mystical intrigue that secrets host; will only serve to increase the potency. That will become more and more seductive and destructive. There is no such thing with addiction as ‘The Status Quo’. So take my hand now; I’m reaching out to you. Let me lift you out of the bed of lies that has forced you into silence that dims the light in your innermost chamber where truth sleeps. The cry for help is in your eyes; yet no one can see it.

I will add that my argument is not against alternative sexual practices. I accept that everyone’s desires are varied. My concern is not with the rights and wrongs of the wide-ranging sexual activities.

For too many years my husband stood with his feet astride betrayal and betrothal, managing to keep his marriage and family stable. Until eventually he was unable to keep both feet sure.

He was like a nation in combat against itself; virtue was powerless against the self-indulgent greed of the underhanded strikes against morality. When decency is at war with corruption, one has legal boundaries; the opposition is depraved in its greed to gain supremacy. Win the battles it may for a season, but if honour and truth is brave, they will defeat corruption and win the final war!

Photos and messages from her would be sent to his phone while he was lying next to me in bed. These are the charms he was powerless against. I couldn’t feed his addiction like she did, instead I shamed it.

My primary purpose is to make aware the unequivocal evidence of the destructive intent of secret pornography. I cannot keep quiet any longer, and secrecy needs a brutal slap. I have never heard a story like mine made public before, but you’re out there men and women, couples and families with a history similar to mine. Living with the fear of exposure.

Sadly, there are also those who are already set up for a future that reflects our past.

I know this because there are thousands upon thousands of men and women in our country and throughout the world, exploring opportinities for undercover casual and ilicit sex that is potentially addictive. I have seen you while trawling through the Internet looking for my husband.

I look back over the decades of my life and wonder, how did all of this happen in one marriage. The soap opera drama of our life’s story went live on air, but this was not fiction, it was our real life. The consequences that were monumental unfolded year by year, and then month by month, now, day to day. The groomer was groomed, and was too dazzled to run the other way and didn’t have the mind, will or foresight to call out for help.

I am unlocking the trapdoor to our very private and personal cellar, where fear is the most loyal ally of shame, and serves as a padlock only to be opened by breaking silence. Hopefully I will draw the attention of people from every status, and orientation of life, without judgement or discrimination who are trapped in a prison of silence and you have no where to go with your heartache.

Beware of the Beast it is devouring. It is never satisfied and will eventually strip you of flesh and breath, if cloistered fantasy is relied on to feed addictions of illicit sexual arousals.

The recklessness of the invisible destroyer escalates to demand it’s ultimate price tag – You!

I assure you, nothing of what I will be posting over the next few weeks is fictionalised, sensationalised, embellished or exaggerated. This is my experience as an indirect victim of the assault of pornography. You will read the unthinkable degrees I allowed it to trespass on my marriage, my most intimate relationship.

Are you are carrying a secret addiction or obsession, fascination or compulsion, either your own or for your spouse, partner, parent or your child or someone else? Are you internalising the worry and anxiety that it causes you because the consequences of breaking silence will cause chaos and possibly the breakdown of relationships and loss.   As a consequence of my husbands addictions I have suffered the loss of my home and career, finances and lifestyle.

Talk it out on here. You may just want to get stuff off your chest to pour out your pain and worry. You may want help, advise or support, i’m here for you. Maybe you are surviving an exposure of adultery. I know how that feels from my many years experience. Post your deepest and most difficult situations. You don’t need to reveal your name or any other personal details. If I had been offered the opportunity to talk completly anonymously over the past years of my husbands secret addictions, it would have been a lifeline for me. I want to offer you a shelter where you will find someone who can empathise as you share your pent up pains.

I believe pornography and sexual addiction is related to a mental disorder, as with all other addictions. Until this is recognised and addressed and shame is removed from those who are hooked, most of us will choose to remain sealed. In the meantime let us help one another to manage our painful silence.

I am Eleanor Evans and this is my story. It's the story of my life's experiences with the silence that a secret double life demands. Ask me what you want or need to. I will be honest to the best of my ability.
Loading Comments...
%d bloggers like this: